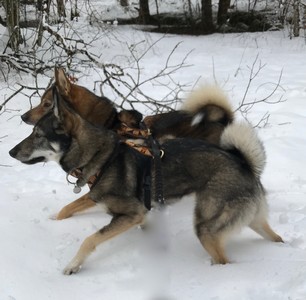 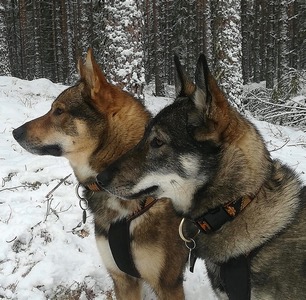 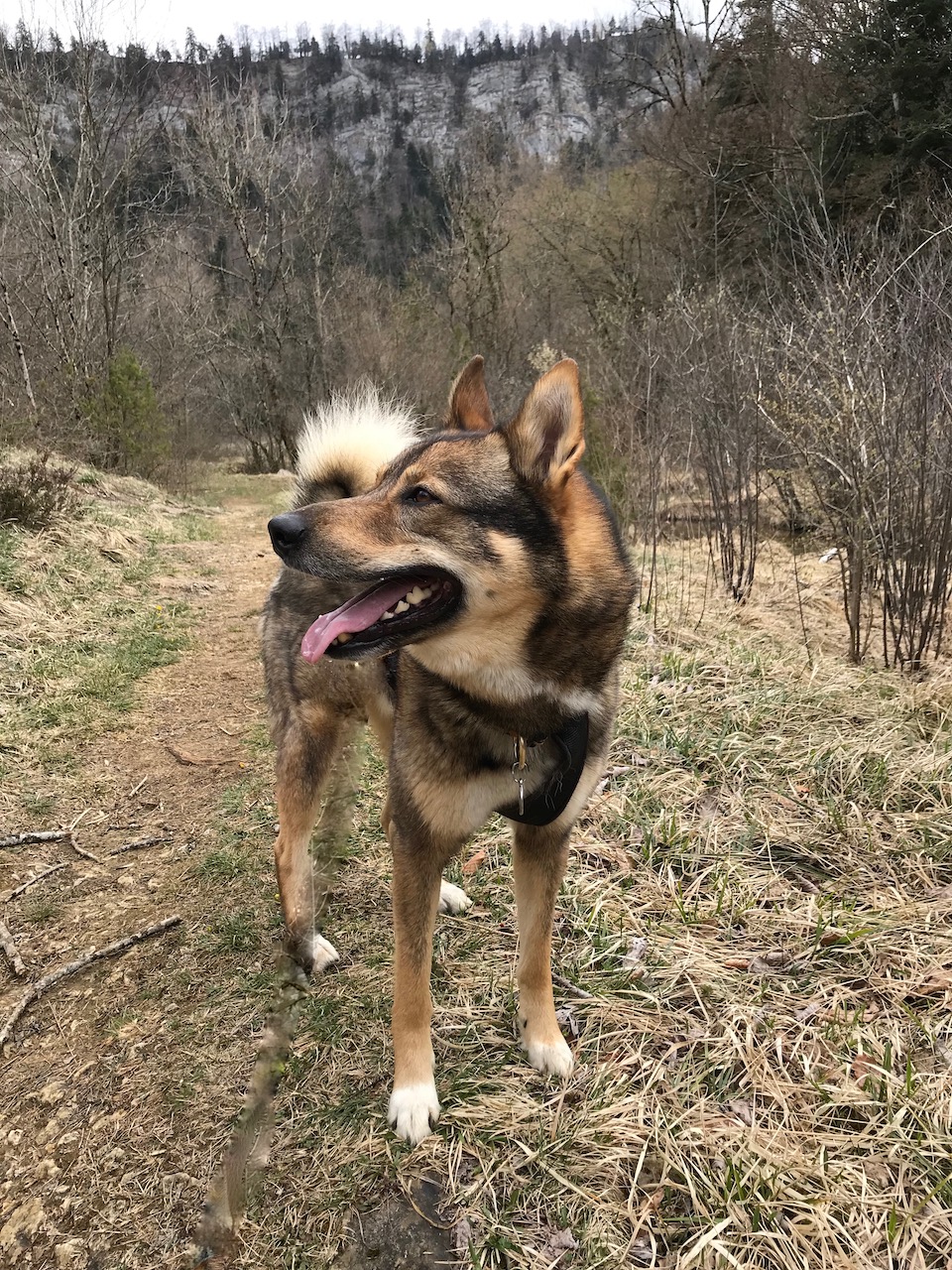 He loves to play with his girlfriend Purga and has a very open friendly character towards people also children. He is an independently, smart dog who sees, hears and smells everything and in the forest of leash he is starting immediately to search for other animals.

Even thought he was at trainings for obedience and Agility he always kept his own interpretation of listening. Nose work is more suitable for him, so I did years man trailing in the forest with him and he found the hidden person always very quickly. The other thing he performs very well is scent detection and this can also be done in the house or in the garden, so this game we do still practise. 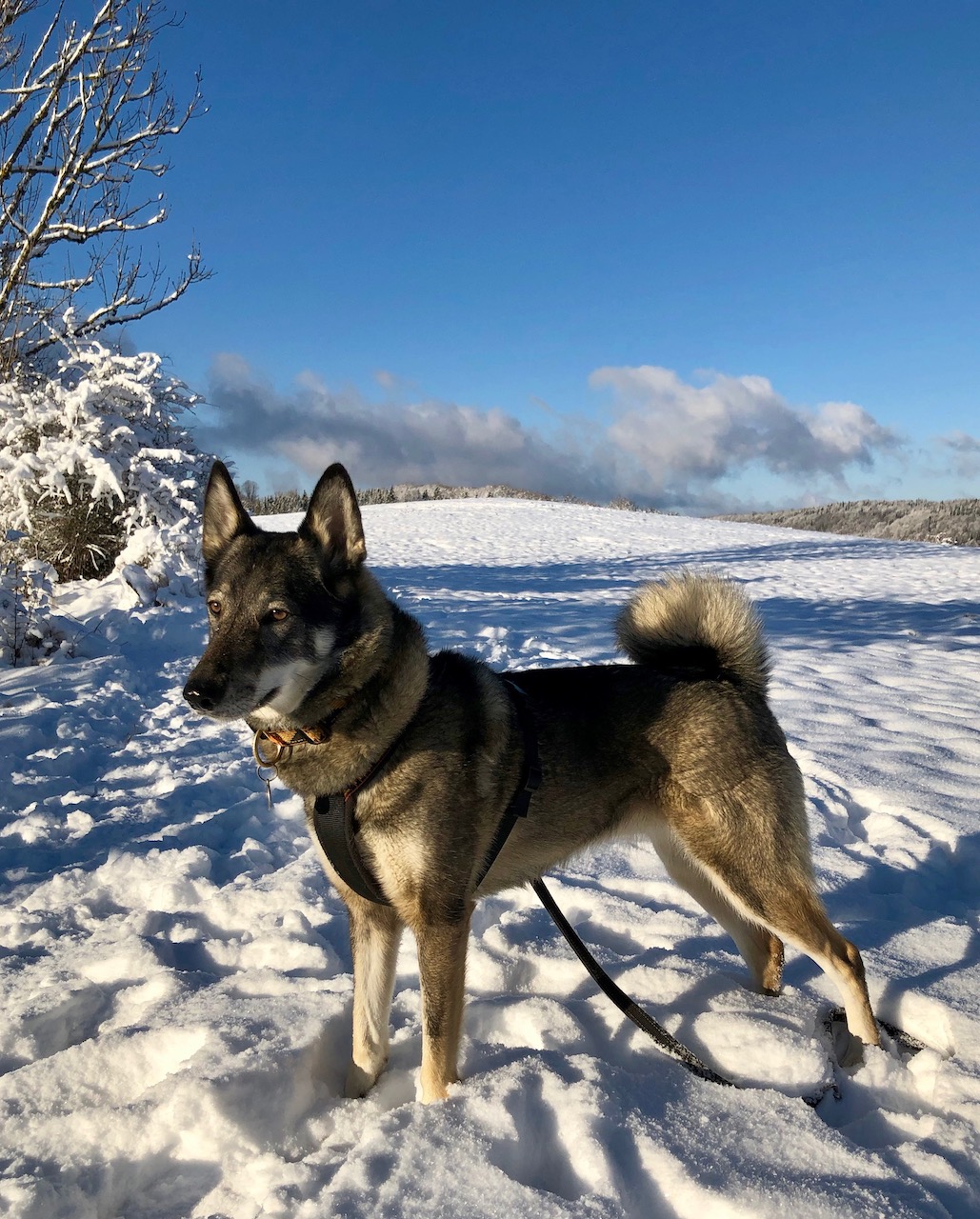 She was born on the 11th of July 2017 in Hungary out of a Russian active hunting father Irtysh and a Hungarian mother O-YA which is doing blood tracking.I imported this lovely girl when she was 3 months old.

Purga means in Russian snowstorm and this is a very suitable name for this very lively playful woman who loves water. She has a lovely character towards people, is less independent than Baikal and for a Laika a good listener. Off leash in the forest she is very interested in squirrels at which she will bark when she treed them.

At the dog school she was going on very well with the other dogs, a good listener and in the agility class she loved to race through the tunnel. 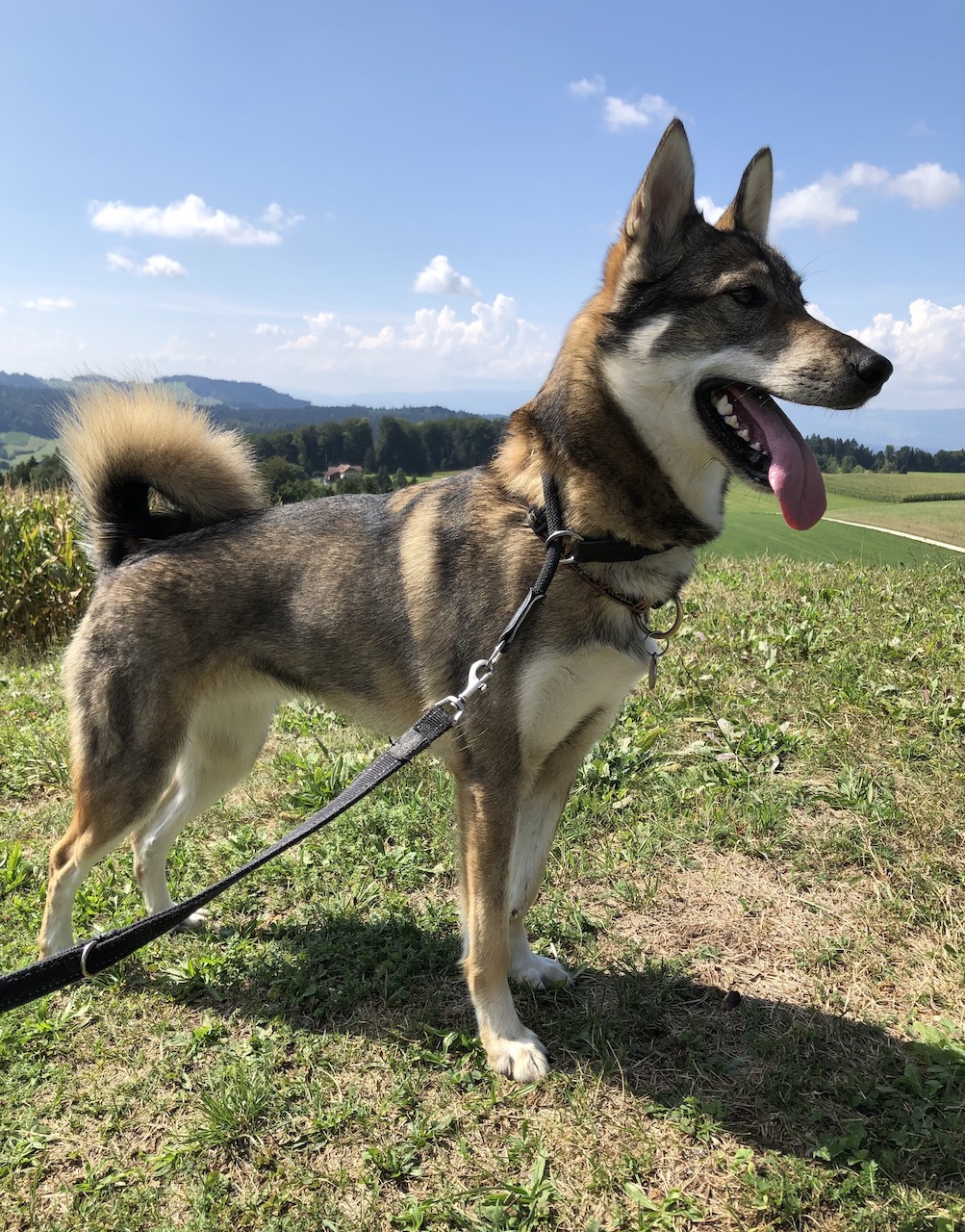 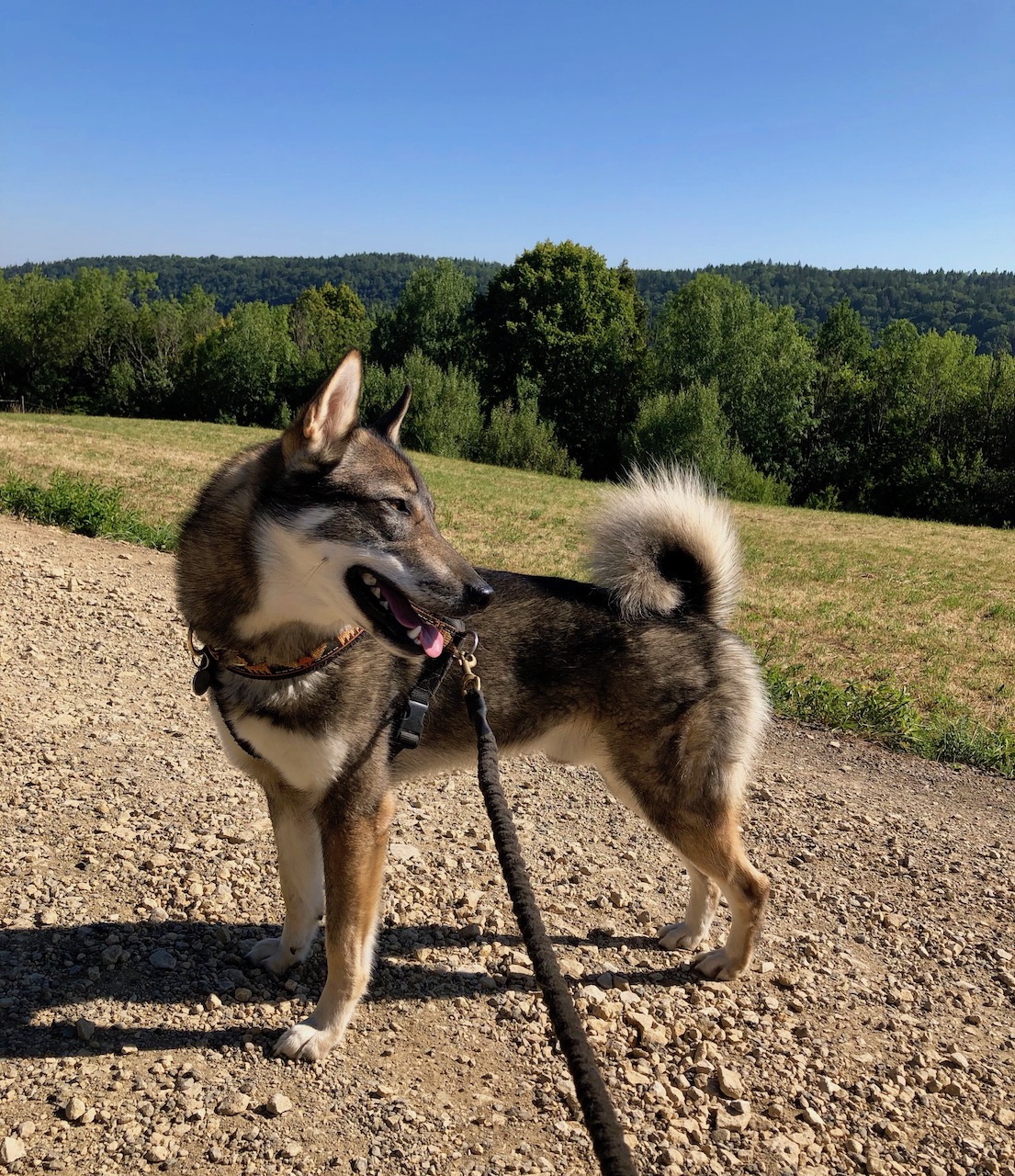